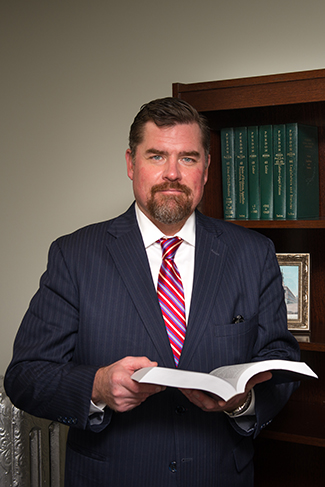 While Michael was in law school, he was employed for two years with the Pennsylvania State Police Bureau of Liquor Control Enforcement, which is the enforcement arm of the State Police that enforces citations against Pennsylvania Liquor Licensees. In that capacity, Michael became a certified legal intern and personally handled many hearings for the State Police. In addition, in his role enforcing the liquor code, Michael gained insight into how to defend a licensee with regard to liquor license matters. Since coming into private practice, Michael has practiced in liquor license work, including but not limited to transfer applications, nuisance bar defense, and liquor license citation defense.

Michael D. Dautrich, Esquire has been in private practice since 1996. Prior to beginning private practice, Michael was a law clerk for the Honorable Scott D. Keller in the Berks County Court of Common Pleas.

Over the past 24 years in private practice, Michael has participated in hundreds of civil and criminal hearings throughout Eastern Pennsylvania. He has handled numerous jury trials in both civil and criminal courts, including personally handling numerous murder trials. Michael is death penalty certified under the Pennsylvania Rules of Criminal Procedure as experienced enough to handle death penalty cases. Michael is a past Chairman of the Berks County Bar Association Criminal Law Section.

In his personal injury practice, Michael has successfully recovered millions of dollars for his clients. In workers' compensation cases, Michael has made some of the most substantial settlements in Berks County and is a past chairman of the Berks County Bar Association Workers Compensation Section.

Blankets of Hope, Board Member and Secretary 2012 - present